Daiku partners with indigenous women weavers from the five Tampuan villages in Ratanakiri, preserving the cultural heritage of their unique hand-weaving practices. As a result of the remote landscape of the North-East of Cambodia, the indigenous communities in Ratanakiri have for generations been left untouched by the influences of the dominant Khmer culture. As a consequence, the traditional cultural practices have continued to strive with very little outside influence. Arts and crafts continue to play an important part of Tampuan culture.

All our products are unique pieces, hand-made over several days with traditional methods used over hundreds of years. With the support of Daiku and Conscious Tourism International, the women have formed a weaving co-operative that enables them to negotiate fair prices for their work. In addition, it supports the fair and transparent distribution of work with all members having the same access to local and international orders. 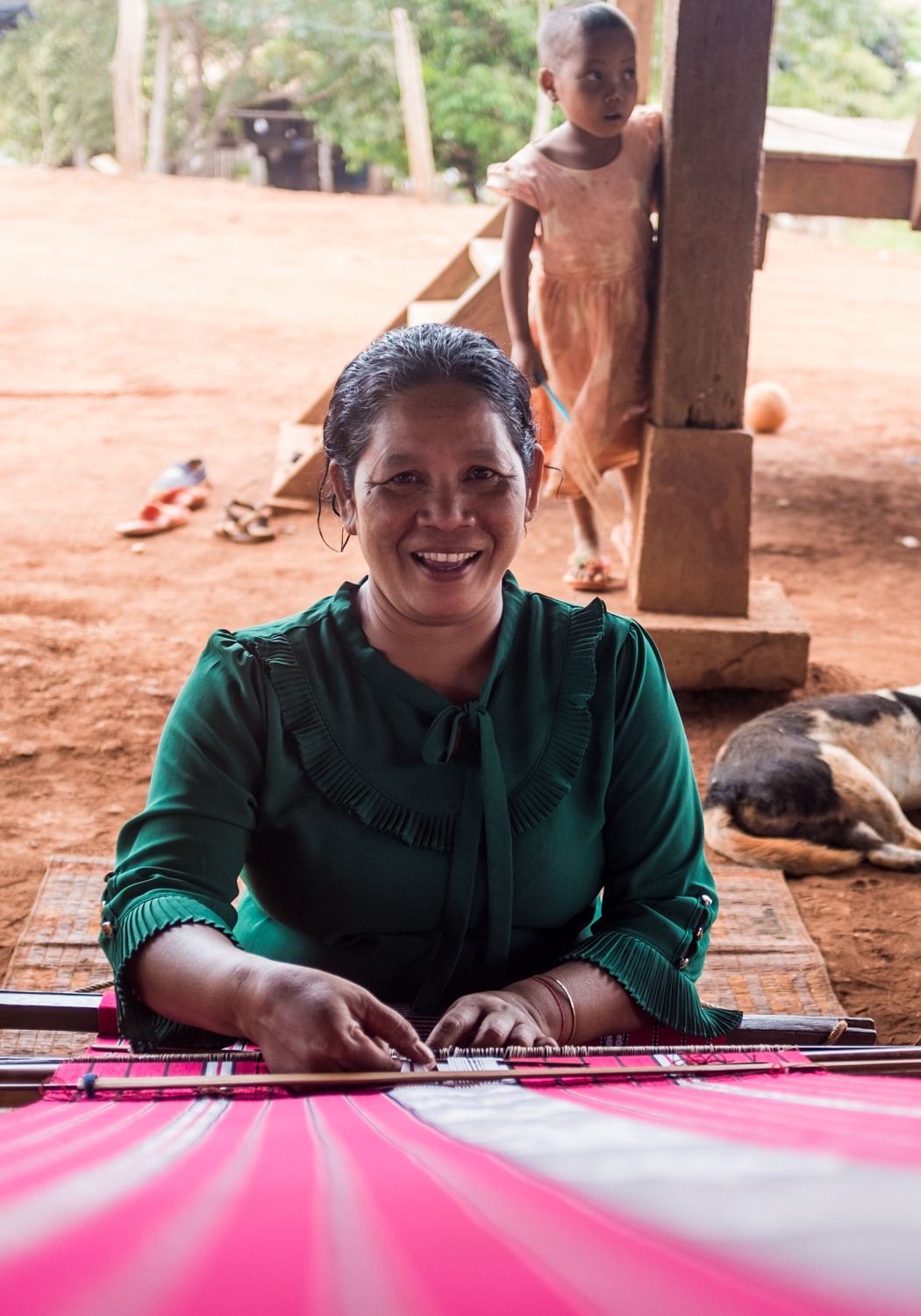 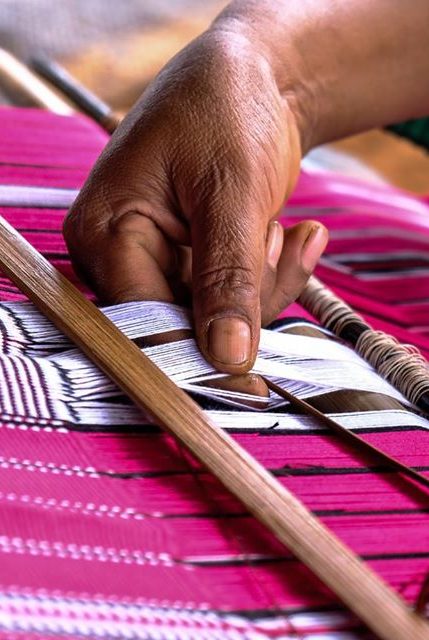 Tampuan Indigenous textile history is not well documented, as the vast majority (80%) of Tampuans were illiterate. However, the traditional arts and crafts have been passed for generations from grandmothers and mothers to their daughters. Traditionally, most girls would be taught weaving in their early to mid teens, before getting married. Even today, the textile weaving is done on very basic wooden frames (not traditional weaving looms used in silk weaving).

The traditionally-made cloth would have been worn by Tampuan people on a daily basis, today it is only worn during traditional ceremonies, weddings and funerals.

It’s usually a job that’s only done by women. Only women weave because this task belongs to the inner world of the household, which is traditionally regarded as women’s work.

In order to create a textile with different patterns, women observe their surroundings, everything that is of special importance to them or what is beautiful. They pick it up and create the pattern by arranging the coloured cords on a special wooden loom in a certain way.

The patterns are like a preservation of their culture, because all these patterns should remain in memory and remind the future generations of their cultural heritage. ensuring the Tampuan culture will not be lost in the future. All this is passed on in patterns on a textile by generations of women to remind their future generation of their culture and stories. Centuries-old patterns and stories are transported, such as the very first pattern, the cucumber seed, which they semi-culturally assemble with rice. There are a lot of different symbols of the cucumber. But it is also a very lively story-writing process, because to this day women create new patterns such as stars, elephants, dogs or even planes.,Textiles often reflect their cosmological and animalistic meaning and social structure, similar to a spirit belief. Some patterns also reflected their own family history. Every family had their own family symbols and stories. So, this was a way to preserve the family’s symbols and histories.

The textiles also reflect a very deep relationship with the environment, nature and animals. Since there are many patterns that describe the behaviour of animals, such as the eyes of insects, the mouth of turtles or spider webs. This shows how attentively the environment was observed and what appreciation and connection was behind it. There is even a pattern of cows and the sound of cowbells. In former times they lived in the forest and deep within nature. A lot of patterns carry the knowledge of medicinal or edible plants, such as the flower Atsch.